Over the last few years, we've had fun planning and designing birthday cakes for our daughter. As her next birthday is coming up soon and we're in the planning/design process once again, I thought I'd take the time to share some of the cakes over the last 6 years. The cakes were created for us at Amphora. They offer many different flavors of cakes, and we've liked Chocolate Mousse Raspberry in particular. For her first birthday, we picked the duck birthday cake from the Amphora's portfolio. It was so cute that it inspired us to design fun animal-theme birthday cakes in subsequent years. 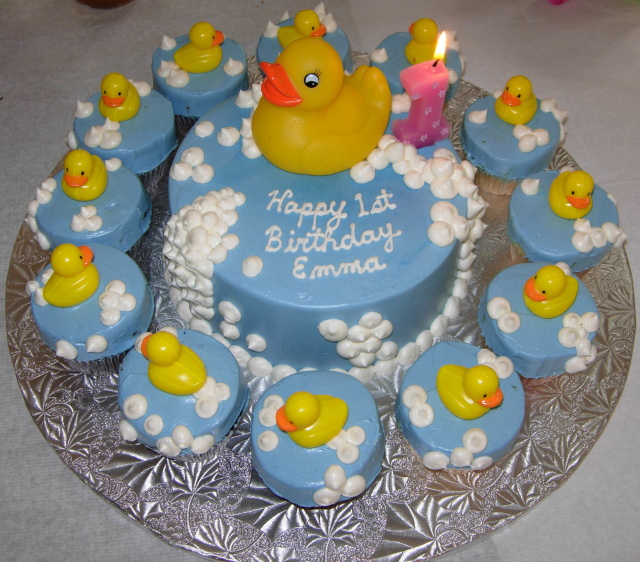 For the second through fifth birthdays, we picked an animal theme each year, found and ordered marzipan animals from Marzipan World, and designed the decorations around these animals. We got ideas from pictures of other cakes of the same animal themes in Google image search. Once we had a pretty firm decoration design, we went to Amphora and discussed various options. Then we ordered the cake with the final decoration design but asked to leave space on the cake for Marzipan animals, which we placed ourselves after we picked up the cake. We've always been pleased with our orders from Marzipan World (which ships from Europe). Their customer service was always very good, and they even let us substitute some of the animals in a set per our request. For our daughter's second birthday, we picked "sheep" as the theme, since a sheep stuffed animal was her favorite at that time. In addition to the sheep marzipan animals, we also ordered sugar sheep from another company for the cupcake decoration. 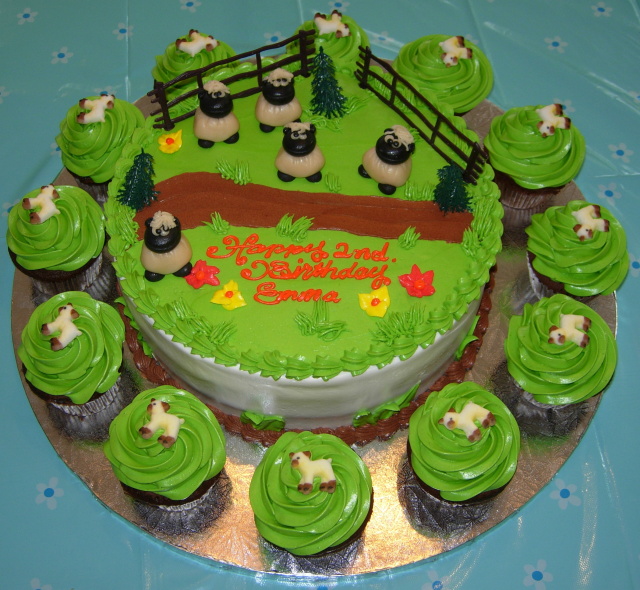 Elephants was the theme for our daughter's third birthday as an elephant stuffed animal was her favorite by then. (Her sheep got "injured" in various ways by then.) We decided to decorate the cake with an African safari theme -- so we ordered elephants, lions, hippos, crocodiles, and monkeys. (We know the green trees aren't consistent with an African safari, but they made the decoration cheerful!) Amphora did a great job with the decoration of the water hole (it really looks like water in it) and with strategic placement of the edible rocks. 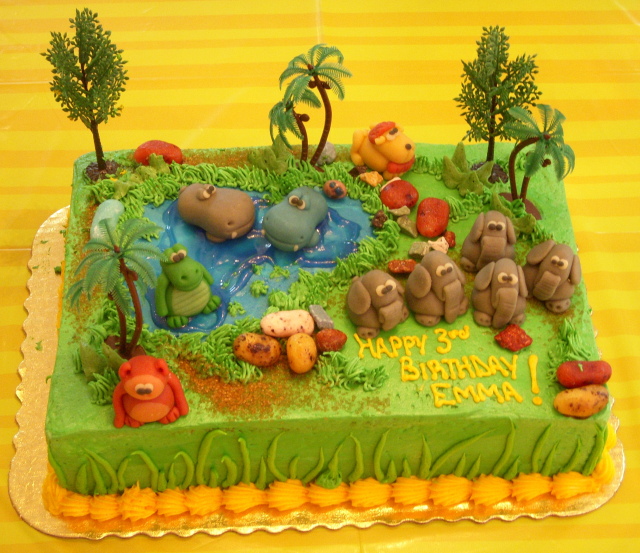 For her fourth birthday, we picked a penguin theme and decorated the cake with penguins, seals, and killer whales. The igloo was a special touch, and we had fun placing the penguins in many different configurations. For her birthday party, we used a penguin balloon, a penguin banner, and penguin cocktail napkins for the room decoration. 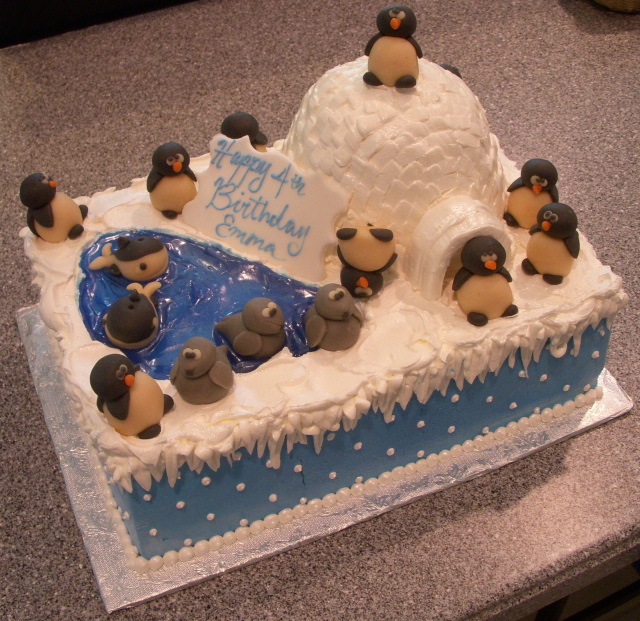 Our daughter wanted a birthday cake with a butterfly theme for her fifth birthday. Unfortunately, Marzipan World did not offer butterflies. But since they offered cute ladybugs and bees, we came up with a birthday cake decoration with an insect and flower theme. Amphora created very nice fondant butterflies and flowers, and we completed the decoration by placing ladybugs and bees. 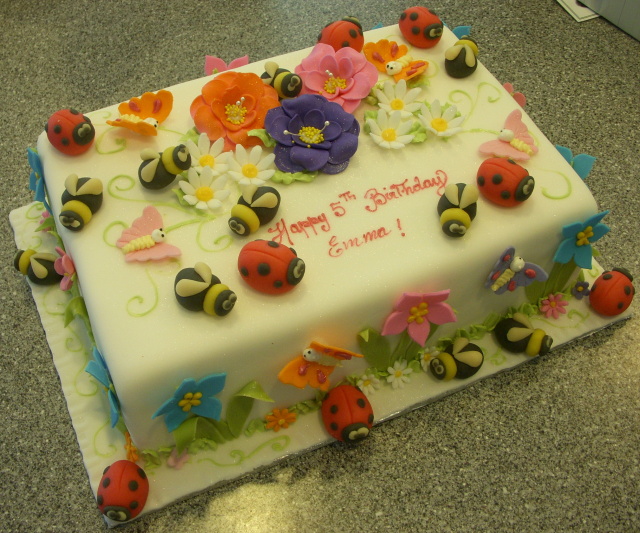 For her sixth birthday, our daughter wanted a fairy cake. It was easy to find a nice fairy cake design on the Web as well as very nice fairy decorations on Amazon. While we were sad that we could not use marzipan animals any more, our daughter was very happy with being able to keep the fairies. 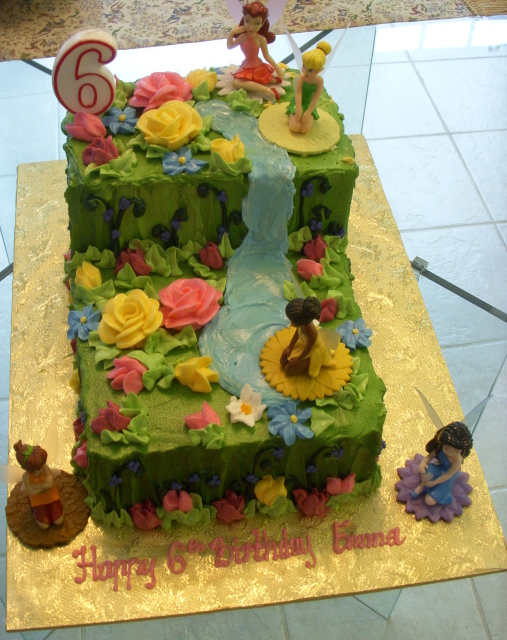 On her seventh birthday, Lego was the theme. The bakery made one 2x4 brick and 2 2x2 bricks to scale from Lego measurements. The three pieces were all done with different types of cake. We added some mini-figures to complete the cake. 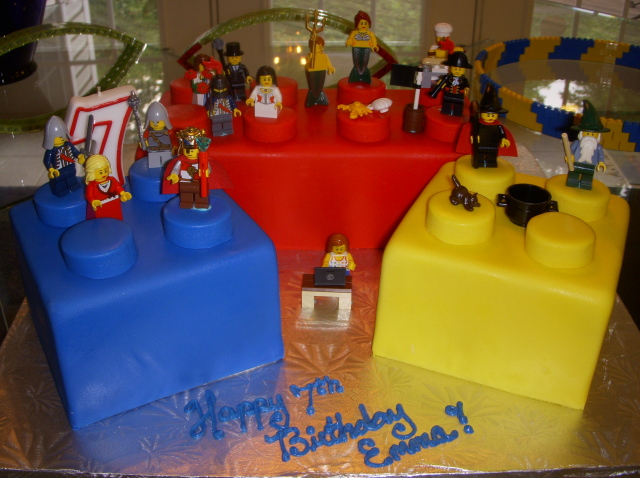 On her eighth birthday, having recently completed a Raspberry Pi project (which won the education category of Make Magazine's Raspberry Pi Design Contest), our daughter really wanted a Raspberry Pi-themed birthday cake. We provided photos of the board and indicated which components should be raised. 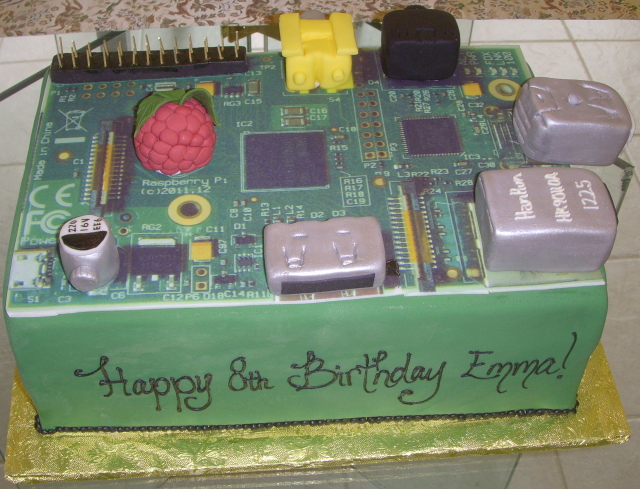 Here's a top-down view that blends the photographic elements better with the raised ones: 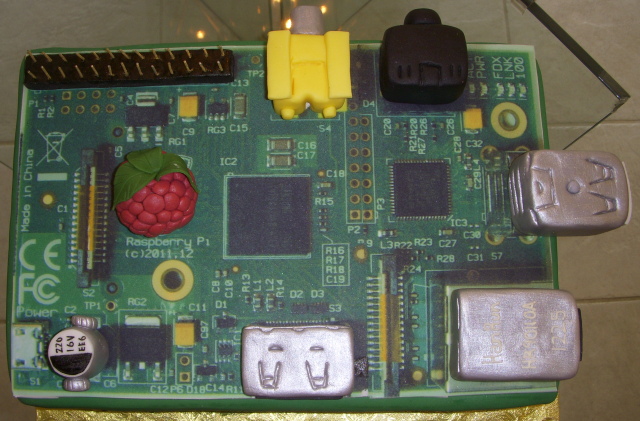 On Emma's ninth birthday she really loved the movie Frozen and wanted a cake theme to match. At this point, getting the sculpted figures for the cake done at the bakery was getting too expensive. We thought about the scene with Olaf and Sven on the ice. It was the sculpting of Olaf and Sven that would have broke the budget on the cake. So we had the bakery do the background and my wife and I resolved to attempt some fondant sculpting of our own -- neither one of us being particularly artistically inclined -- but we'd give it a shot. So we ordered a few shades of fondant and here's the result: 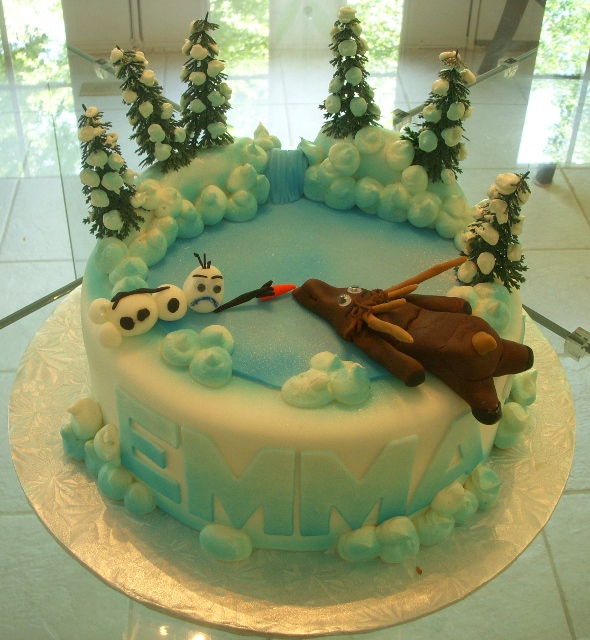 Our feeble attempt made the cake all the more hilarious. Not only the cake -- but we had some outtakes ourselves with a couple versions of Olaf and Sven that didn't make the cut: 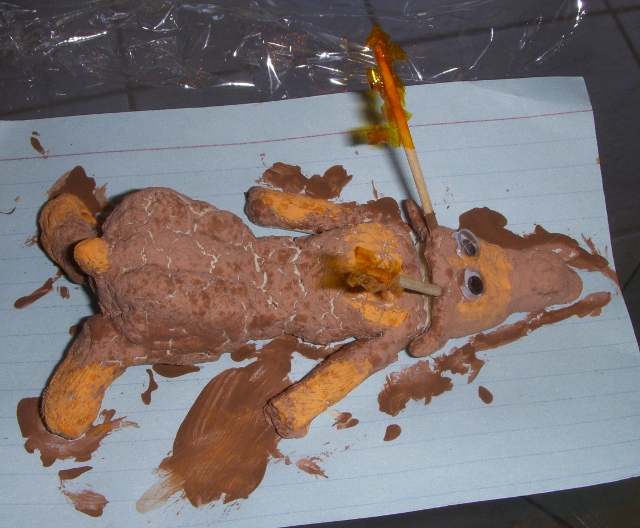 Next, we resolved we'd take a break from getting cakes designed every year. And on Emma's 10th birthday, she got a hamster as a pet. Not surprisingly that was the theme for the cake on her 11th birthday as shown below -- complete with Hamster comparison: 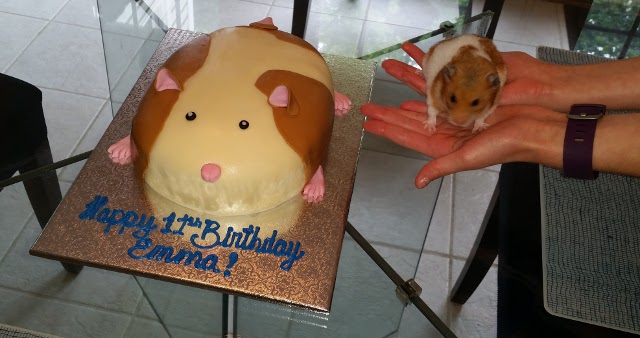